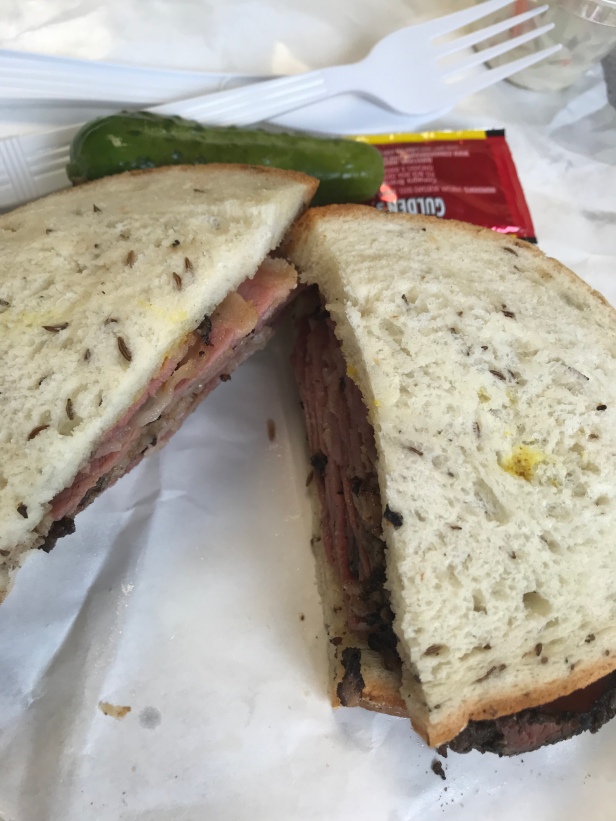 Pomperdale Deli Commercial Blvd, Ft Lauderdale. This deli looks like a mini Carnegie Deli. Smells great, has all the Jewish deli items. Giant knishes, black and white cookies, rugalach, pickles, corned-beef, brisket, pastrami etc. The staff is terrific! It really feels like you are in NYC or Brooklyn. The turkey cut off- the -bone sandwich was huge and tasty. The hot pastrami though was a fatty mess. What a disappointment. Pickles were perfectly half sour. We had to get chips in a bag since they ran out of french fries. Coleslaw was good it was not a mayo mess. May be I will ask for extra lean next time?

Are you a business owner or just a fellow food and wine lover. Contact us to let us know about a place you want us to check out.